“Hawai'i is the island of big dreams for both islanders and guests. Those dreams born in paradise can indeed come true.”
- Sharon Linnea

Home to one of the world’s most active volcanoes and the world’s tallest sea mountain; birthplace of modern surfing, the hula and Hawaii Regional Cuisine. Hawai’i is one of the youngest geological formations in the world and the youngest state of the United States; quite simply it’s America’s paradise. Its long stretches of white sand, crystal blue waters, swaying palms and lush tropical rainforests dotted with pristine waterfalls attract millions of visitors each year. It is the jewel of the Pacific, is renowned as a beach destination, and it is also a remarkably diverse, where the six main islands of the archipelago tell a tale of sunny days and spectacular scenery.

The most isolated land also makes the longest island chain on earth, the Hawaiian Islands were all formed by volcanic eruptions deep beneath the sea and are technically the summits of submerged volcanoes. Of the numerous islands, and reefs, the six main islands are O’ahu, Moloka’i, Lāna’i, Maui, Hawai’i Island, and Kaua’i.

For many, the Hawaiian experience begins on O’ahu. Honolulu, the state capital, is a major American city, home to the famous sands of Waikiki Beach, some amazing restaurants and shopping, as well as the somber history of Pearl Harbor and the USS Arizona Memorial. The North Shore, meanwhile, has some of the world’s best waves for surfing and is what Hawaii is famous for.

Romantic Lana’i is a true island getaway. With its luxurious resorts it’s the ideal place for visitors to indulge and from which to explore the rugged island.

On the island of Moloka’i, no building is taller than a coconut tree. Moloka’i is only 61 kilometers long and 16 kilometers across at its widest point. There are no traffic lights and it is home to the highest sea cliffs in the world along its northeast coast.

Then there are the islands that offer jaw-dropping terrain. “The Big Island” – Hawaii Island is magnificently volcanic. Here, Hawai’i Volcanoes National Park is a hiking heaven with its five colossal peaks, including the dormant Mauna Kea (where you can also snow ski). Hawaii’s Big Island is a place where lush rainforest meets volcanic deserts, and where snow-capped mountains mix with black sand beaches making it a tropical paradise.

From the plunging cliffs of the Napal’i Coast to the deep trench of Waimea Canyon, the island of Kaua’i with its emerald valleys, sharp mountains, rainforest and waterfalls is sometimes called the ‘Garden Isle’. The perfect getaway for those keen to explore, the island offers kayaking, snorkeling, hiking and, of course, 50 miles of beaches to enjoy.

Go City and Go See It All

Save a ton on our passes, plus incredible prize giveaways for top destinations!

Check out the Oahu Passes! 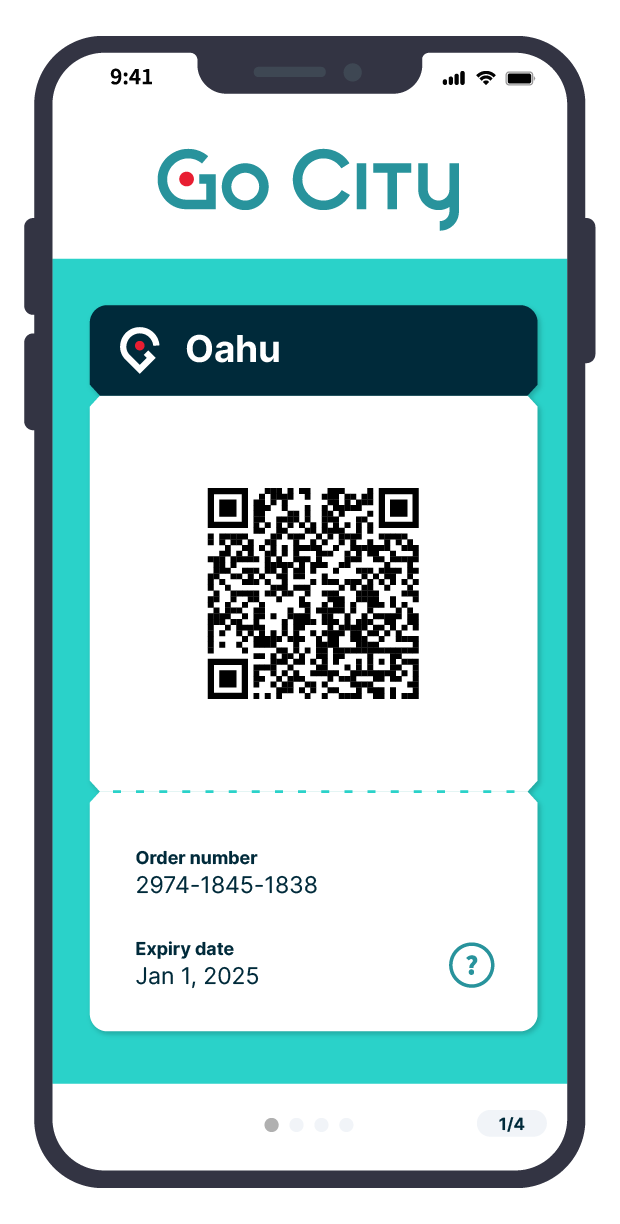